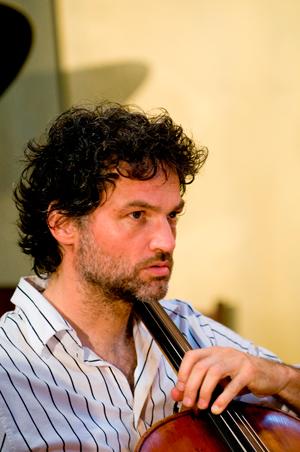 Jirí Bárta, one of the foremost cellists of the younger generation, studied in Prague with Josef Chuchro, in Cologne with Boris Pergamenschikow and in Los Angeles with Eleonore Schoenfeld. He took various masterclasses with Heinrich Schiff, Andre Navarra and Aldo Parisot. After winning a number of national competitions, Bárta has been awarded the Europäischer Förderpreis für Musik in Dresden and the Rostropovich-Hammer Award in Los Angeles, both in 1991. 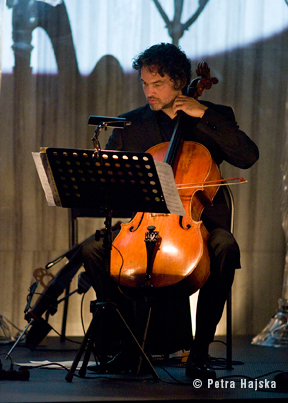 In 2004 Bárta has released – on Supraphon label – Dvorák’s Celloconcerto with the Czech Philharmonic Orchestra under Jirí B?lohlávek, a live recording of a performance commemorating Dvoraks 100 year’s death anniversary, televised throughout Europe by Arte Channel. Another of his CDs produced in 2003 with Zoltán Kodály‘s Cello works has been awarded the Gramophon Editor’s Choice. Bárta´s  project “Reflections” was voted „Best Czech CD recording of 1999“ and won top rating and “Klassik Heute Empfehlung” by the German magazine “Klassik Heute”. The Supraphon title with Sonatas by Rachmaninov, Schnittke and Pärt was the Harmony Award winning album in 1995. His other Supraphon recordings include the critically acclaimed complete Bach Cello suites and the live recording of Dmitri Shostakovich‘ cello concertos with Maxim Shostakovich conducting the Prague Symphony Orchestra. The DVD recording “Jirí Barta plays Dvorak” (Cello concerto with the Prague Symphony Orchestra conducted by Gaetano Delogu) was released in Japan by Dreamline Corp. in 1999.

Barta has collaborated with the mezzosoprano Magdalena Kozena on her Deutsche Grammophon Lieder project, which received the Gramophone Award in 2005. His first CD for Hyperion with the pianist Hamish Milne, released in 2006, included the world premiere recording of Ignaaz Moscheles Cello Sonata; another Hyperion disc with Sonatas of Arthur Rubinstein was released in 2009. His latest Supraphon recording of concertos by J. Foerster, Bohuslav Martinu and Jan Novak with Jakub Hrusa and Prague Chamber Philharmony was awarded Gramophone Editor’s Choice in 2009.

As an enthusiastic chamber musician Barta has founded the Kutna Hora Chamber Music Festival in 2008, a festival aimed at both worlds of contemporary and classical music, which gained instant recognition as one of the top classical festivals in the Czech Republic.

Bárta has been teaching at the L’académie franco-tchéque de Musique de Telc since 1996, he held masterclasses at various schools including Prague, London, Seoul and Los Angeles.