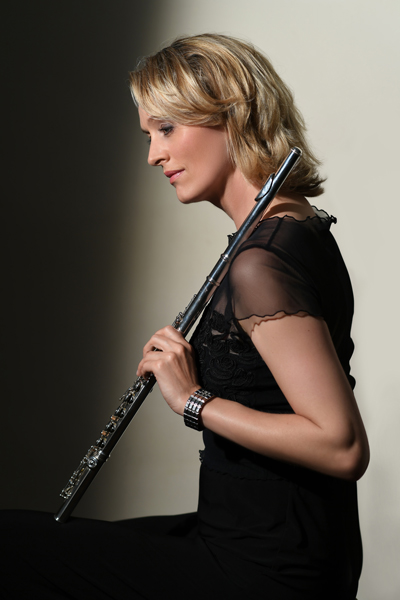 ….” Janne Thomsen was one of the real stars of the evening. Pure pleasure of playing, technical perfection and a certain radiating factor sparkled through her playing and stage presence” – Süddeutsche Zeitung, Munich

The Danish flautist Janne Thomsen has established a reputation worldwide as a successful and sought-after soloist. She began her musical studies in Denmark at the age of four and later became the Danish “Young Musician of the Year”. On completion of her studies at the Royal Academy of Music in London and the Paris Conservatoire, she continued to win prizes at eminent international flute competitions in Prague, Paris, Bayreuth, Rome, Vienna, Paris and Boston. Janne Thomsen was also awarded support from the Augustinus Foundation and the Foundation of Her Majesty Queen Margrethe II and Prince Henrik of Denmark.

Janne Thomsen appears as a soloist with orchestras and ensembles such as the English Chamber Orchestra, Czech Philharmonic, Kremerata Baltica, Salzburg Camerata, Vienna Chamber Orchestra and the Moscow Soloists.

From 2004-2007 Janne Thomsen taught at the Mozarteum in Salzburg and continued 2008-2010 at the Hochschule für Musik in Lucerne. She is the founder and artistic director of the Holstebro International Music Festival – „Klassiske Dage” – in her native Denmark, a festival which has grown in stature and has received the highest critical acclaim since its start in 2005 – www.klassiskedage.dk

Janne Thomsen was for this achievement awarded the 2011 Cultural Prize as well as the Lions Prize 2011.