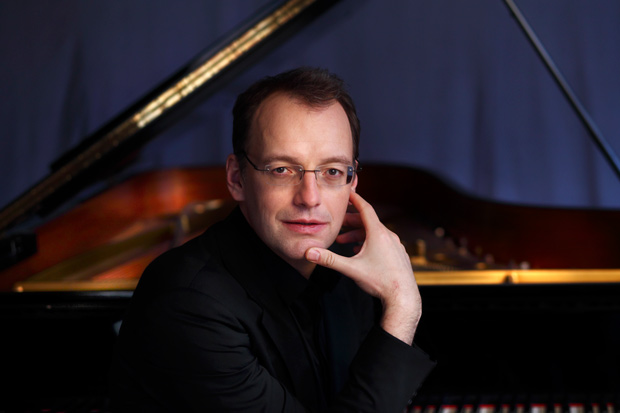 born in 1970 in Frankfurt/Main, Germany, began his professional piano education in Frankfurt at Dr. Hoch’s Conservatory. As a fellow at Phillips Academy Andover, he continued his piano studies with Veronica Jochum in Boston/USA. The Romanian piano pedagogues Ana Pitiş and Ioana Minei (Bucharest) had a decisive impact on Murtfeld’s artistic development as well as Karl-Heinz Kämmerling at the Mozarteum in Salzburg.

He found additional artistic inspiration in the Lied class of Hartmut Höll and in master classes with Sergei Dorensky (Salzburg/Moscow) and François-René Duchâble (Paris). Murtfeld, who is also a certified Natural Scientist (University Munich, Max-Planck-Institute), passed the concert exam at the Musikhochschule in Karlsruhe/Germany with distinction in 2003. During the same year he was the “Brahmshaus”- Scholar of the Brahms Society in Baden-Baden.

As a soloist, Murtfeld has performed in numerous European countries as well as in Brazil and Venezuela. He has appeared at important festivals such as Auftakt Alte Oper Frankfurt, Kasseler Musiktage, Musikfest Bremen, Thüringer Bachwochen, Festwochen Gmunden, Schloss Elmau and the Festival 2D2N (Odessa). He has given master classes at the University of Brasília and at the National Conservatory in Baku/Azerbaijan. Frequent appearances with chamber music partners round off his artistic activities.